Our daughter is now a preschooler and we are experiencing a “phase” where frequently she is willfully not listening and occasionally acting out.  For example, she plays soccer after school and wanted to where a “pinny” (practice shirt) while they scrimmaged.  Unfortunately, before she could get the pinny a 4th grade boy grabbed the last one.  Instead of just keeping it moving and playing without a pinny, she kicks the boy out of frustration.   When I found this out, from the boy she kicked when I picked her up, I experienced a range of emotions from oddly pride at her not being afraid to express herself or backing down to a much older child, to dismay over the fact that she didn’t choose a different response, to consternation over why she thinks kicking someone is an appropriate choice when she doesn’t get what she wants.  Another problem we face with her is that she often laughs things off when she is scolded for “bad” behavior and with other adults (i.e. teachers, coaches etc.), she gets out of trouble/off the hook because she is cute, which only reinforces the bad behavior.

Yeah I know she’s only four and for the first time at the point where she understands social norms, expectations, and that her actions have consequences.  However I also know that there are certain behaviors that don’t resolve with maturation and that need to be nipped in the bud early; before they become real problems. 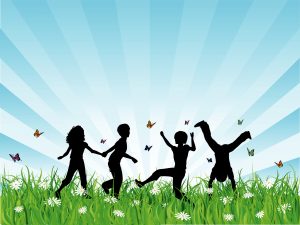 Here are four ways you curb your child’s behavior:

2.) Understand your options:  Children tend to stop a behavior when it is ignored, and to continue a behavior when it is rewarded.  The key is to be consistent in terms of your reaction to a behavior, because rewarding a behavior one time and punishing it another time can be confusing.   When your child is exhibiting problematic behavior consider these three things:  Determine if the behavior is really a problem or appropriate to their developmental stage; introduce a new/different preferred behavior and reinforce it with reward; ignore the behavior or punish it in an attempt to stop it.

3.) One Example of Punishing, Using Time Out:  Determine in advance what behaviors result in a time-out.  In our house, aggressive behavior (i.e. kicking the boy over the pinny at soccer practice), destructive behavior (i.e. throwing toys when told it is time to stop playing and clean-up or when asked to share said toy with a sibling), and disrespectful behavior warrant time out.  Choose a time-out place that is uninteresting and outside the reach of things they may want to touch or interact with, such as a chair at the dining room table, a corner, or the bottom step of a stairwell.  When the unwanted behavior occurs, call your child out and tell them their behavior is unacceptable and to consider this verbal admonishment a warning that will result in them going to time-out if they don’t stop.

Do your best to maintain your cool, don’t get angry.  A parent that is calm and collected when punishing a child is actually “scarier” to a child because they don’t know what to expect from you and it may help to get them in line faster.  If the negative behavior continues follow-through on the warning and put them in time-out for a period of time that fits the “crime” and make them think about what they did that caused them to be sent to time-out.  When they come out of time-out talk through with them why they were there and ask them what they thought about while in time-out and what they could do differently next time.

4.) One Example of Rewarding, Encouraging a New Desired Behavior:  Children who learn that good behavior is rewarded and bad behavior is not tolerated even punished are learning early skills that will serve them for a lifetime.  Start by choosing only one or two behaviors you would like to change (i.e. picking up after themselves, expressing themselves with words as opposed to throwing tantrums, going to bed and staying in bed).  Then choose a reward they will enjoy.  Some examples of good rewards are getting a preferred snack or one they don’t get very often, staying up an extra half an hour, earning points toward a special, toy, book, or game they’ve had their eye on, an extra bedtime story, a trip to the zoo, the movies, a museum or waterpark etc.  Explain what you want them to do and when they do it reward them, if they don’t do it, do not reward them no matter how much they protest; this goes back to the consistency point earlier.

By thinking through, developing a system, and following these steps when confronted with unacceptable behavior in your children, you will succeed in ending or curbing their bad behavior.