With so much attention paid to high-profile women, it’s easy to lose sight of lesser-known women who are blazing a trail in big and small ways.  The women I have chosen for this list have moved the needle on gender equality by being activists, role models, pursuing their dreams no matter the cost or obstacles placed in front of them, and/or simply taking a stand.  Without further ado, here are five amazing trailblazers: 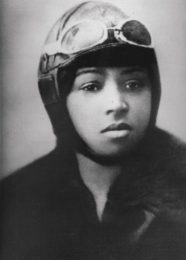 Bessie Coleman was an American civil aviator and the first woman of African – American and Native-American descent to hold an international pilot’s license which she got in 1921. Coleman, born on January 26, 1892 in Atlanta, TX, was one of 13 children born to parents who worked as sharecroppers.

After attending Langston University for only one term due to financial constraints, she decided to move to Chicago  in 1915 where she lived with her brothers, worked as a manicurist.  This is where she first heard about World War I and the important role that the U.S. air force and pilots played in turning the tides of the war in our favor, which sparked her interest in aviation.

In 1922, a time of extreme gender and racial discrimination, Coleman broke barriers and became the world’s first black woman to earn a pilot’s license. Because flying schools in the United States refused to admit her, she taught herself French and moved to France to pursue her dreams.  In only seven months, Coleman earned her license from the Caudron Brother’s School of Aviation.

After receiving her pilot’s license, Coleman’s new goal was to start a flying school for African- Americans when she returned to the U.S. During her peak flying years, Coleman specialized in stunt flying and parachuting, and earned a living “barnstorming”, defined as traveling around giving flying exhibitions and performing aeronautical stunts and performing aerial tricks. In 1922, Coleman’s was the first public flight by an African- American woman in America.  Sadly, on April 30, 1926, Coleman was killed in an accident during a rehearsal for an aerial show which sent her plunging to her death, she was only 34 years old. To this day, Coleman remains a pioneer for all women in the field of aviation.

Malala Yousafazi, born on July 12, 1997, is a Pakistani activist for female education and the youngest-ever Nobel Prize laureate. Yousafazi is most well-known for her human rights advocacy for education and for women in her native Swat Valley in northwest Pakistan, where the Taliban sporadically banned girls from attending school.

Since she began until now, Malala’s advocacy has become an international movement.  On October 9 2012, Yousafzai was injured after a Taliban gunman tried to assassinate her by shooting her in the head. Yousafzai remained unconscious for some time and in critical condition, but later improved enough to be sent to the UK for further recuperation.

The assassination attempt sparked massive national and international support for Malala and her causes.  After recovering, Yousafzai became a prominent education activist, founding the Malala Fund, a non-profit organization. In 2013 she co-authored the international bestseller book entitled, I am Malala, and in 2015 was the subject of the documentary He Named Me Malala.

In the 2013, 2014, and 2015 issues of Time magazine, Yousafazi was named one of the most Influential people globally. In 2012, she was the recipient of Pakistan’s first National Youth Peace Prize and the 2013 Sakharov Prize.  In 2014, Malala was announced as the co-recipient of the 2014 Nobel Peace Prize for sustained activism against the suppression of children and young adults and for the right of all children to education. Only 17-years-old at the time, Yousafazi became the youngest-ever Nobel Prize laureate/winner. 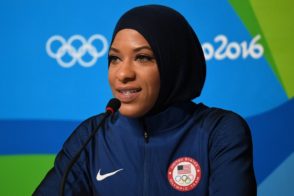 In 2016, fencing champion Ibtihaj Muhammad became the first Muslim woman wearing a hijab to represent the United States at the Olympics. Ibtihaj, also African-American, became the first female Muslim-American athlete to win an Olympic medal when she took home the bronze in the team sabre event at the Summer Games in Rio.  Ibtihaj is quoted as saying,

“Fencing has taught me so much about myself and what I am capable of. I want to be an example for minority and Muslim youth that anything is possible with perseverance. I want them to know that nothing should ever hinder them from achieving their goals—not race, religion, or gender.”

Ibtihaj Muhammad was born in 1985 in New Jersey and began fencing when she was 13 years old.  She has earned numerous medals, awards, and accolades for her achievements in fencing. In 2016, she secured a spot on Team USA. 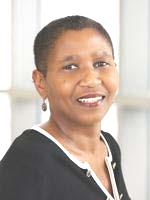 Michele Roberts, born September 14, 1956 as one of five children living in a single-parent household. She rose from growing up in the projects in Bronx, Ny, to attending the UC Berkeley School of Law.

Roberts began her legal career as a public defender, and eventually became a partner at several top law firms.  While a student at UC Berkeley’s Boalt Hall School of Law, she volunteered in the law office at San Quentin State Prison.  From there, she joined the Washington D.C. Public Defender Service in 1980, and immediately distinguished herself as a formidable litigator with a skill for persuading juries.

Many years later, Roberts learned of the dismissal of Billy Hunter, the then executive director of the National Basketball Players Association in 2013.  Roberts immediately contacted the firm that was hired to find his replacement. Although Roberts had no experience/background in labor relations or sports, she was certain that her legal and prior professional experiences could help the union.  In 2014, Roberts became the first female union leader in major North American professional sports when she was elected executive director of the NBA Players Association, a position she continues to encumber. 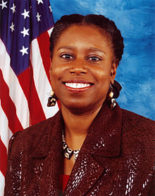 Cynthia McKinney was born on March 17, 1955, in Atlanta, Georgia. McKinney is an experienced state and national legislator.  In 1992, McKinney became the first African-American woman to represent Georgia in the House of Representatives. In 2002 and 2006 she lost to other Democrats in primary races.  However, not to be deterred, she returned to politics in 2008 as the Green Party presidential candidate, choosing activist Rosa A. Clemente as her running mate.  She was following in the footsteps of earlier African-American female politicians and pioneers, such as Shirley Chisholm, who have also tried to win this top executive post.  McKinney lives in DeKalb County, Georgia and continues to serve the people of Georgia through her service as a public servant.

These women have broken (and are breaking) through gender, race, religious, age, and cultural barriers to become some of the most innovative leaders of our time and recent times past.  They’ve taken risks to pursue their dreams to make opportunities possible for the rest of us.  Thank you to these trailblazers for inspiring us to be our best selves and showing us once more that anything is possible.